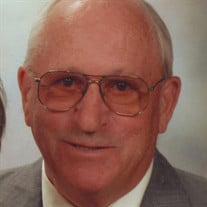 Hardy; Thomas “Ernie” of Petrolia and most recently of Grandwood Retirement Home, London passed away from the complications of a stroke at University Hospital, London on Saturday, October 14th, 2017 at the age of 86 surrounded by his loving family. Ernie was the beloved husband of Marion Hardy (deceased 2015) and dearly loved father of Sharon and Jeff Murray of Petrolia and Craig and Bonnie Hardy of London. He cherished his role as a devoted Papa to Emily and Jillian Murray and Kirsten, Kendra and Rebecca Hardy. He was predeceased by their daughter Elinor (1965), his siblings Christina, Rebecca (Ruby), William, Elinor, twin brother Bert, and Cherry. He is survived by his sister, Ida Cleary of Kent, England and sisters-in-law Donna McKeown of Sarnia and Anne Hardy and Lydia Hardy of Ireland. He is also remembered by nieces, nephews and many friends. Ernie was born in Ireland in 1931, the son of the late Thomas and Jane Hardy. Ernie immigrated to Canada in 1953 from County Offaly, Ireland. He settled in St. Thomas where he met and in 1959 married the love of his life, Marion. They moved to Sarnia where they began their family and their business, Sarnia Hardware. Ernie, a consummate entrepreneur was one of the founding directors of the Home Hardware Corporation. Ernie loved his life as a hardware man and he shared his knowledge and skills with many friends, relatives and customers. He always said that he did not have a job; he had a vocation, which meant so much to him. The family would like to thank Dr. Daniel, the amazing staff at Grandwood Retirement Home and the entire team on the Neurological Floor at University Hospital in London for the heartfelt and compassionate care that was given to Ernie and our family. Friends will be received Tuesday, October 17 at Needham-Jay Funeral Home, from 7-9 pm. The funeral service will be held Wednesday, October 18 at 11 am at Christ Church Anglican, 414 Oil Street, Petrolia, Ontario. Internment to follow. Memorial donations may be made to St. Joseph’s Hospice or the Canadian Cancer Society.

Hardy; Thomas &#8220;Ernie&#8221; of Petrolia and most recently of Grandwood Retirement Home, London passed away from the complications of a stroke at University Hospital, London on Saturday, October 14th, 2017 at the age of 86 surrounded by... View Obituary & Service Information

The family of Ernie Hardy created this Life Tributes page to make it easy to share your memories.

Hardy; Thomas “Ernie” of Petrolia and most recently of Grandwood...

Send flowers to the Hardy family.