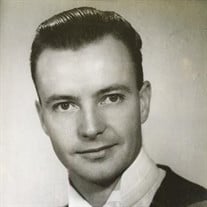 Dr. Robert (Bob) Allen Green, DVM &#8220;I do not take credit for any of the many things that have produced my good fortune. I must say that I am fortunate beyond belief. My parents, grandparents and many generations before them contributed... View Obituary & Service Information

The family of Bob Green created this Life Tributes page to make it easy to share your memories.

Send flowers to the Green family.