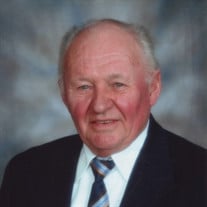 Surrounded by family on Sunday, October 8, 2017, at Lambton Meadowview Villa, Petrolia, Joseph Andre Donat Gelinas passed away at the age of 79. Beloved husband to Anne Gelinas (nee Lucas) for nearly 30 years. Loving father to Kevin (Leslie) Gelinas of Sarnia, Leanne Gelinas (Rick Scott) of Sarnia and Lori (Jim) Andrews of Kincardine, and step-father to the late James (2017) (Angela) Tuckey of Petrolia, Jeffrey Tuckey of Huntsville and Jerry (Cheryl) Tuckey of Brigden. Proud grandfather to 19 and great-grandfather to 9. Dear brother to, the late Pauline (2016) (Gerry) Gaynon of Quebec, Marcel (Henrietta) Gelinas of Azilda, Suzanne (the late Eric, 2009) Holmes of London, Ghislaine (Robert) Murray of Ompah, and dear brother-in-law to Ken (Brenda) Lucas, Marilyn (Bob) Johnson, Joyce (Russell) Brock, and Louise Lucas. Predeceased by his parents Bernard (1980) and Simone (1989) Gelinas, his grandparents, J. Donat (1959) and Sara (nee Diamond) (1966) Gelinas and baby Joanne Tuckey(1964). He will be missed by many nieces and nephews. Andy worked at Dupont in Corunna Chemical Valley for 30 years, taking a 5 year sabbatical to build chemical plants in Lahore, Pakistan. Upon his retirement from Dupont in 1995, Andy started an exotic wood business, carrying over 200 species for local carvers and furniture craftsmen. After spending 2 years putting the finishing touches on Queen Victoria Place, in Petrolia, he and Anne purchased a unit, and also moved his wood business to LCDS where Andy volunteered for Clare Hyatt before completely retiring. Andy taught Sunday school at St. Paul's United Church in Petrolia for 20 years, he was a Scout leader and was also a member of the Oddfellows Lodge #196, in which he was the Grand Master for a period of time. Andy liked to fish, bowl, hunt, curl, play canasta and travel with Charlie Scott; Andy and Anne's dear friend. The family would like to thank Dr. Macdonald and the entire staff at Lambton Meadowview Villa, especially the "Angels" on the 1st floor south. Thank you to all the friends and family who came to visit Andy and thanks to our granddaughter, Brooke, and her little one, Westyn, who would make Grandpa's day a joyous one. Visitors will be received on Friday from 2-4 and 7-9 p.m. at the NEEDHAM-JAY FUNERAL HOME, 4059 Petrolia Line, Petrolia where an Oddfellows service will be held at 6:45 p.m. A funeral service will be held on Saturday, October 14, 2017 at 1p.m. at St. Paul's United Church, 4169 Petrolia Line, Petrolia. In lieu of flowers, the family would greatly appreciate donations to Lambton Meadowview Villa, 1st floor south (www.lambtoncares.ca). Memories and condolences may be shared online at www.needhamjay.com

The family of Andy Gelinas created this Life Tributes page to make it easy to share your memories.

Surrounded by family on Sunday, October 8, 2017, at Lambton Meadowview...

Send flowers to the Gelinas family.